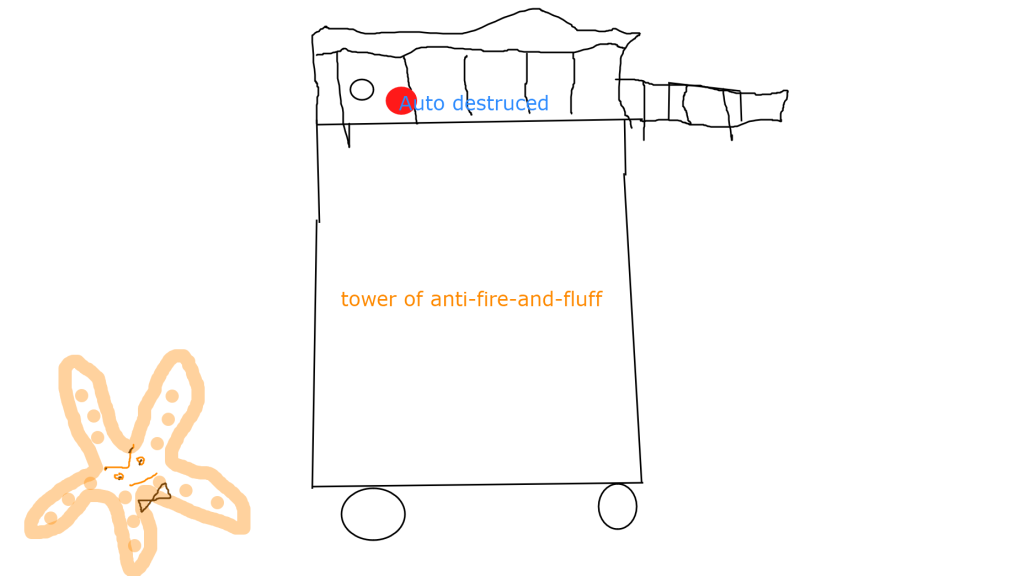 Fluff and fire rained down on the town bedsheets. The storm was absolutely and positively growing too quickly but there was some random hero to save the town of bedsheets. That random hero was missing from the missing poster! The hero’s name was unknown to the general public. Bob the evil Starfish was out gathering fruits and so called friends when suddenly he saw the fluff and fire wreaking the town and he decided he was the hero! And he said “I will make fluff and fire go!” and went on to build the giant tower of anti-fire-and-fluff! Bob yelled loudly “a tack!” everyone turned around facing Bob who pulled the trigger on the tower **bahhdoom!** It destroyed fluff and fire by blowing up the tower. Bob survived.